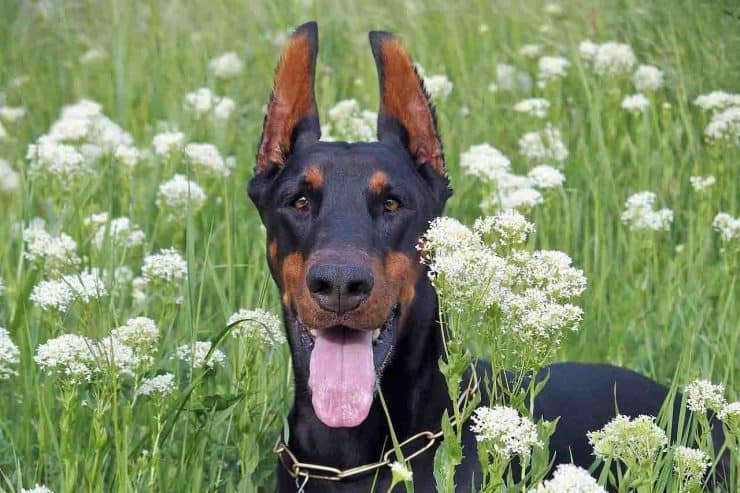 Tail docking, ear cropping, and dewclaw removal in dogs are promoted by the AKC, but advocates worldwide are fighting back with scientific research.

Tail docking is the removal of a portion of a dog’s tail. For example, the Doberman has a long tail at birth, but this tail is docked and becomes a shorter nub.

WHEN IS A DOG’S TAIL DOCKED?

A dog’s tail is usually docked when they are still very young. Some people claim that this eliminates or minimizes the pain felt during the procedure. Some claim we cannot begin to understand the pain that is felt during tail docking because our dogs are unable to tell us about the experience.

HOW IS A DOG’S TAIL DOCKED?

One of the more common options for docking a young dog’s tail is to constrict the flow of blood using a ligature of some type. This ligature is left in place until the tail dies and falls off. People choose this method for puppies because they feel that anesthesia presents an unnecessary risk.

The second method of tail docking is surgical amputation. A dog is anesthetized, and a section of the tail is removed while under sedation.

WHY IS A DOG’S TAIL DOCKED?

Tail docking has multiple justifications that have varied throughout the centuries.

In ancient Rome, docking a dog’s tail was thought to prevent a dog from contracting rabies [Source.] They also believed that removing parts of the tongue would have the same effect. Of course, now we know this to be untrue.

Another reason behind docking a dog’s tail is the belief that the tail aids in “the chase” of game animals. Since lower classes were not allowed to take part in the hunt, their dogs would have their tails docked.

Oddly, people would later believe that the exact opposite was true, and a docked dog had the advantage of speed – also untrue.

Working dogs often had their tails docked because of fear of injury. For example, a hunting dog may have its tail docked to prevent being injured in rough terrain while hunting.

Lastly, many people docked their dog’s tails simply because they thought it looked “better.” This belief carried over into “breed standard” definitions for dog shows, and soon, certain breeds were expected to have a docked tail.

There are currently 62 AKC breeds with docked tails.

Today, dogs have their tails docked either for cosmetic reasons or health concerns. As ethical concerns become louder, however, cosmetic docking is becoming a thing of the past.

Preventative tail docking for health concerns is also becoming less common as more veterinarians refuse to perform the procedure on an ethical basis.

A large portion of veterinary clinics today will only perform tail docking if an existing medical condition is compromising the tail. For example, if a dog has a necrotic wound or cancerous growth on the tail.

For most dog lovers, the ethical concern with tail docking is obvious – it is a major procedure that almost definitely involves pain, and in 99.9% of cases, it is unnecessary.

Another concern is that the tail has a functional purpose for a dog as it plays a significant role in intra-species communication, swimming, and pheromone dispersal. Removal of the tail, therefore, puts a dog at a disadvantage.

There are laws regulating tail docking all around the globe. In the U.S., only two states have such laws that pertain to dogs – Maryland and Pennsylvania.

The Canadian Veterinary Journal found that there is “no scientific evidence to support the practice of ear cropping or tail docking as procedures that provide any health or welfare benefit for the dog” [Source.]

Ear cropping is the removal of the external ear flap of a dog. The ears may then be braced and taped to form a specific shape or standing. For example, the Doberman naturally has pendulous ears similar to a Labrador. When cropped, the ears stand triangular and upright and are much smaller.

WHEN ARE A DOG’S EARS CROPPED?

A dog is usually between six and eight weeks old when it has its ears cropped.

HOW ARE A DOG’S EARS CROPPED?

Anesthesia is necessary for ear cropping because it is a serious procedure that can cause significant bleeding and pain.

Once anesthetized, a veterinarian will trim off a portion of the dog’s exterior ear flaps; they will remove approximately two-thirds of a dog’s ear flap.

After trimming the ear, the veterinarian stitches the exposed tissue and bandages the ears. It takes weeks before the dog can go bandage-free.

WHY ARE A DOG’S EARS CROPPED?

Ear cropping in dogs began as a means of protecting the ears of working dogs. For example, hunting dogs often had their ears cropped to prevent the prey from grabbing hold of (and ripping) the dog’s ear.

Today, dogs’ ears are cropped for the same reasons as they used to be; but some also perform the procedure to meet “breed standards.”

The AKC recognizes 20 dog breeds with cropped ears, and while cropping is not mandatory for these breeds, dogs without cropped ears get penalized in the show ring.

As with tail docking, the ethical concern is obvious.  Docking is a significant procedure that almost definitely involves pain and is unnecessary.

Additionally, cropping a dog’s ears can lead to a variety of problems, including

Like tails, ears play a part in intra-species communication. Altering the appearance of a dog’s ears interferes with their ability to communicate by always giving the impression that they are “on guard” and can lead to biting incidents.

It is also worth noting that a dog has many nerve endings in the ear – this is one of the reasons why they enjoy having their ears rubbed! Removing the ear tips removes these nerve endings.

There are laws regulating ear cropping all around the globe. England and Wales have already banned the procedure.

Again, The Canadian Veterinary Journal found that there is “no scientific evidence to support the practice of ear cropping or tail docking as procedures that provide any health or welfare benefit for the dog” [Source.]

A dog’s dewclaw is the toenail that grows on the inside of a dog’s forelegs and is attached by bone. Some dogs also have dewclaws on their back legs. Compared to human fingers, the dewclaw is similar to the thumb, though they are rarely used by a dog and nowhere near as essential.

Dewclaw removal is the removal of this digit.

WHEN ARE A DOG’S DEWCLAWS REMOVED?

A dog most frequently has its dewclaws removed when it is under a week old.

There may be some incidences where an older dog needs to have their dewclaws removed, but this is a more extensive procedure done only for health concerns. For example, if the dewclaw has snagged on something and caused damage to the leg.

HOW ARE A DOG’S DEWCLAWS REMOVED?

When a puppy has its dewclaws removed, a local anesthetic numbs the area, and the vet removes the toe through a small incision. The incision is then stitched together and bandaged to heal.

Older dogs have their dewclaws removed under general anesthetic using the same procedure.

WHY ARE A DOG’S DEWCLAWS REMOVED?

There are two main reasons why dogs have their dewclaws removed.

Firstly, working and hunting dogs may have their dewclaws removed to prevent the risk of injury. For example, were the dewclaw to catch on undergrowth, it could tear and cause a significant leg injury.

Secondly, a dog may have its dewclaws removed because they are malformed. They may be growing into the dog’s leg, or a dog may have been born with multiple dewclaws on one foot that causes discomfort.

Today, dogs still have their dewclaws removed, but many vets refuse to perform preventative removal. These vets will only perform dewclaw removal when it is medically necessary.

Dewclaw removal is the removal of a digit, and it is, undoubtedly, painful.

There is also the fact that dewclaws serve a physical purpose. For example, many dogs use their dewclaw to grip or “hold” things like bones to keep them in place while chewing. Removal of the dewclaw eliminates a dog’s ability to do this.

Dewclaws also provide added traction for some dogs when climbing or turning at an extreme angle. Removing the dewclaws means that it could be more difficult for certain dogs to perform very specific activities.

Pennsylvania, however, does have a law that regulates dewclaw removal requiring a veterinarian to perform the procedure.

Some research has shown that removing the dewclaws on the front limbs “may be a risk factor for injury to other digits.” The study also states that the dewclaws could play an important role in preventing torque on the leg. So removal of the dewclaw could increase the chances of a dog being injured [Source.]

While altering dogs’ bodies with tail docking, ear cropping, and dewclaw removal was once considered perfectly normal and healthy, current thinking is much more skeptical about the need for, as well as ethics of these procedures. 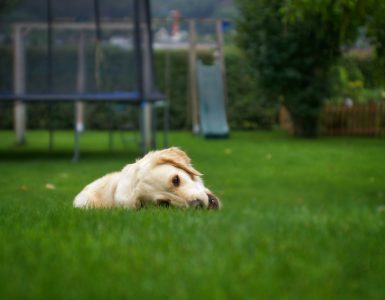 We share which grass species are best for a dog's lawn, and also how to keep them looking green, lush, and free of urine spots. 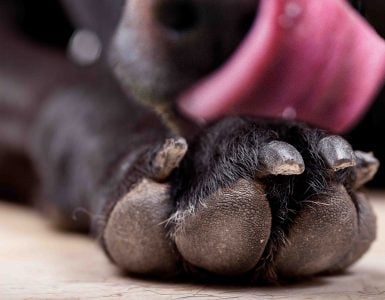 If your dog is licking their paws incessantly or obsessively, you should attempt to stop it, either by identifying the reason and treating it or by training them. Excessive paw licking can lead to further medical issues. 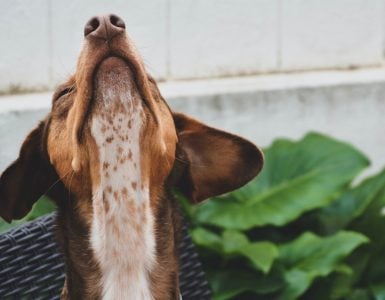 While autism in dogs is not a formal medical diagnosis, there are behaviors similar to autism in humans that suggest canine autism may exist.

Relationship Advice: 10 Signs Your Dog Isn’t Into You Anymore

What’s the Difference Between Puppy, Adult, and Senior Dog Food?